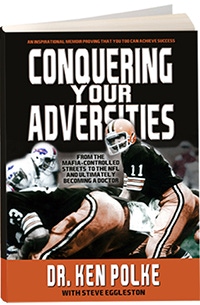 You have a story you want to tell.

It could be how you grew up in “Bomb City USA” (aka Collinwood), didn’t start a single football game in high school, thought of joining the Mafia, but instead became an NFL quarterback for the world champion Miami Dolphins. Dr. Kenneth Polke contacted me and together we wrote his compelling story, “Conquering Your Adversities,” which has now launched him into a compelling speaking career after retiring as a dental surgeon.

See the reviews at http://conqueringyouradversities.com/reviews/.

Meet “the British Wolf of Wall Street,” Kenton Wiles, who was molested as a child by his own brother and today carries in his physiology the frightening scars and burden of Pure O, a rare form of Obsessive-Compulsive Disorder. His coming book, “There Is No Warm…there’s only hot and cold,” couldn’t be more timely as Catholic priests from across the world are being outed for their crimes. Kenton went on to become a highly successful financier, with his extraordinary tale expected to hit bookstore shelves next year. 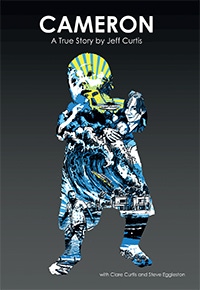 But life isn’t all violence and transformation. Jeff and Clare Curtis’ book, “Cameron,” is a dramatic, heart-wrenching story with a happy ending about a British baby prematurely born in the Maldives during a violent Asian storm. Overcoming every hurdle imaginable, today Cameron Curtis is a healthy, happy two-year old boy who lives in Dubai with his equally happy parents. Their book has interested a London agent with hopes of becoming a movie or docu-drama.

Or maybe you’re more like my co-writer Jon Gordon, who offered a healthy, sugar-free ice cream into the American food market (called Clemmy’s), only to be crushed in an epic battle with Nestle Foods, not unlike that of Erin Brockovich (and with the same attorney). With Universal Pictures interested and a major Hollywood actor circling, our book, “The Food Mafia, the Truth, the Whole Truth, and Nothing But the Truth,” may soon hit the big screens as a major motion picture. Check out TheFoodMafiaBook.com. 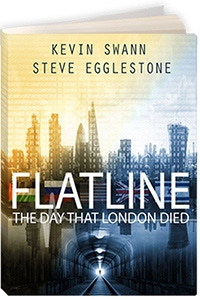 Then there’s “Flatline, the day London died,” a cyberthriller written with a former MI6 (James Bond-style) agent whose name I cannot reveal unless…well, you know the rest. His story idea teamed a British MI6 agent with an American special ops man, which is why he hired me (for the American perspective). Kevin’s idea was brilliant, as he anticipated a theme similar (and maybe more clever) than that used in the James Patterson and Bill Clinton 2018 summer bestselling thriller, “The President is Missing!”

Point being, many of us have great stories – fiction, non-fiction, memoirs, biographies, true crime, thrillers, and dramas. Sometimes we tell our story to document our lives for our family; other times we tell stories to illustrate our achievements and inspire others; or we may seek to create memorable fiction or seek to expose a horrible injustice. No matter what your goal, I can help you write your story – with complete ghostwriting services – in your voice and from your unique point-of-view, with the possibility of landing a book deal, TV series, or motion picture deal.

I’m represented by legendary literary manager Peter Miller, of Global Lion Management, who through the years has set up 1500+ books with the biggest publishers in the world, many resulting in TV shows or movies. One of Peter’s original clients was Prosecutor Vincent Bugliosi, whose book, “Helter Skelter,” told the Charlie Manson story. To this day, that book is the biggest-selling true crime book of all time.

Before getting in touch with me – please fill out the quick form below (it’ll take less than a minute). After submitting, I’ll be in touch as soon as I can or feel free to reach out to me using any of the above contact methods.

Let’s tell your life story, or any segment or inspiration therefrom, when you’re ready to make a cherished investment of time, effort, and money. When you are, it will change your life forever. 😊