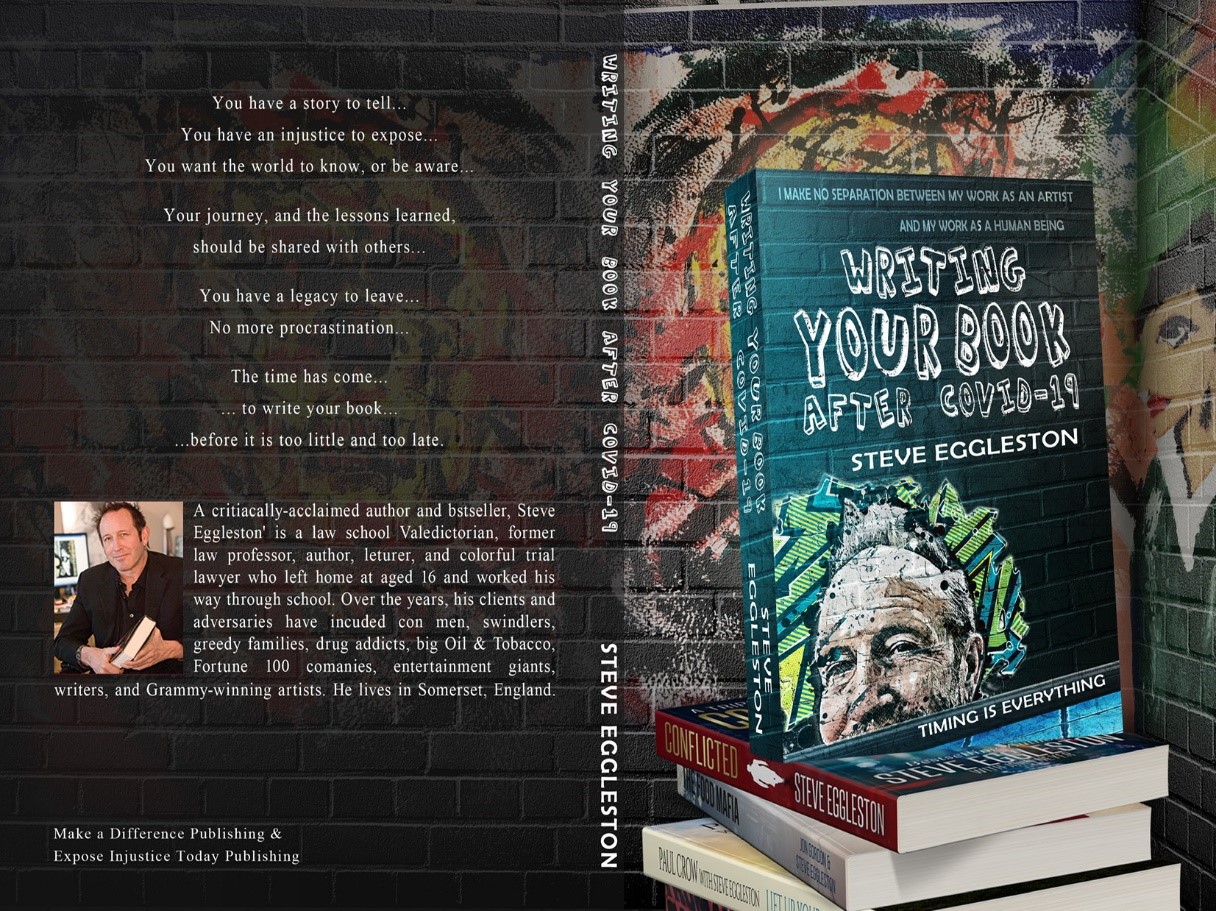 Maya Angelou famously said, “There is no greater agony than bearing an untold story inside you.” For authors, that pain is chronic. For everyone else, that pain turns on timing.Writing Your Book After COVID-19 speaks to the mighty book inside you that wants to be told in these COVID of times.

A retired U.S. Air Force general who launched the Dooms Day plane the day before 9/11, as part of a simulation, spoke up for the first time, in anticipation of the 20th anniversary of the day that will live in infamy, debunking the conspiracy theories of all the cranks, well-meaning and otherwise.

The fellow who fixed the millennium bug and thereby saved all the computers on planet earth from crashing at the tick of midnight, December 31, 1999, penned a work applying his exquisite wisdom to climate change (but to the refrain: ‘I’m not an environmentalist, I just want to save the planet’.

A bitterly angry British father who climbed the London Eye, a soaring 135 meters into the sky, dressed as the superhero, Spiderman, and who had become, unwittingly, the pursued Jean Valjean of father’s rights, hired a ghostwriter to tell his tale.

A pale-white Brit from the ghettos of Burngreave expert in cybersecurity whose dream was to retire and launch a Reggae record label and inspire people, cities, and nations everywhere to ‘lift up your head,’ as he had valiantly struggled to do all his life, and did, published his memoir, only to descend into madness.

A Daughter of the Revolution whose mother was a Daughter of the Revolution and who spoke French and English since childhood, carried her husband’s ashes everywhere she went, as a reminder of their love, devoting fifteen years of her life to discovering, and bringing awareness to, a secret underground railroad that once freed men different only by the colour of their skin, long before steam engines were even invented.

A little boy who grew up to be a British Wolf of Wall Street wrote a book about who he’d become, the addictions he’d suffered throughout his youth, his terrible pain, his OCD, his Pure O, his PTSD, and his molestation, by his older brother, between the ages of five and twelve, setting himself free to the refrain: ‘The Long Road Home’.

A modern-day marijuana suffragette whose mentor that founded 420 was murdered as she was kidnapped, found funding for her book that will tell the true story of the Colorado weed revolution.

A Southern belle from a tiny town in Kentucky, who hadn’t discovered her father until decades into her life, rose from the lowest of lows, The Girl Interrupted, to tell a Southern gothic tale of hope and redemption, knowing she needed to express her love for him, and herself, in a book.

These lovely, brilliant and/or troubled souls one and all woke up one day to the same sun rising amidst the same COVID-19 swirl on the eastern sky, and then said, to the mirror in their minds, ‘Hello in there, hello! Are we ready to write this book?’ and the answer came back, ‘Yes, Maya Angelou was sooo right, “There is no greater agony than bearing an untold story inside you,” and you know what? you in there: I’m tired of carrying that burden any longer. I don’t want to stay silent, any longer. I’m ready! Let’s do it. Let’s write this book and tell our tale and find our audience and redirect our brand and amend our message and leave our legacy and tell people “how-to” do it right or how-not-to do it wrong, or some combination thereof….because timing is everything, and the time is now to write my book that beckons to be written - NOW.’